Dr Rodger McMillan - Chair of the Board of Trustees 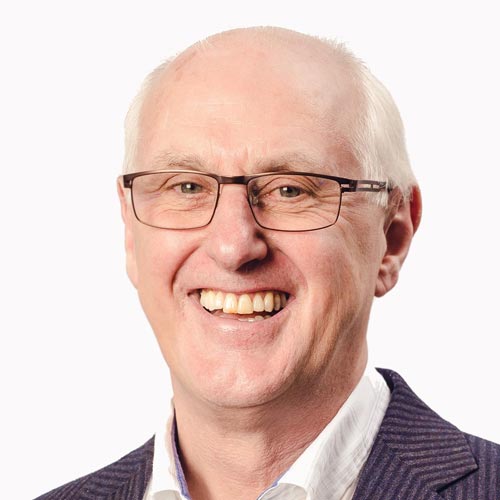 I trained in pharmacology at Glasgow and obtained my PhD in Cambridge before moving to the United States where I was an Arthritis Foundation post-doctoral fellow at Dartmouth College. During this time I developed a strong research interest in the pharmacological regulation of leukocytes and inflammation, an area I pursued when I joined ICI pharmaceuticals in 1980.

I spent over 30 years in the pharmaceutical industry with ICI, Zeneca and AstraZeneca and gained experience in several therapeutic areas including rheumatology, respiratory, cardiovascular and neurosciences. From 1999 I was senior vice president for respiratory and inflammation at AstraZeneca and in the next 12 years we entered over 50 projects into clinical development.

Since retiring from AstraZeneca in 2012, I have operated as an independent consultant in life sciences working with academic groups, small and medium sized enterprises (SMEs) and research charities.

I joined the Board as a trustee in 2013 and was appointed as chair of the Board of Trustees in 2017.

I am an independent senior advisor and non-executive in healthcare and life sciences in Europe, the Middle East and the US.

I was formerly the head of mergers and acquisitions/acting transition director for Bupa Global North America, responsible for strategy and international expansion, mostly in Europe, Singapore and the US.

I also founded and ran a digital start-up for two years before successful exit.

I was the executive partner for business and commercial development of Circle, one of the UK’s largest private healthcare providers. At Circle, I led the successful bid for the Hinchingbrooke Health Care Trust, the first NHS trust to be managed by a private operator. I was also a long-standing member of the healthcare practice of the Boston Consulting Group and led healthcare projects as an associate with JP Morgan’s investment banking practice.

I was educated at the Stockholm School of Economics and the Booth School of Business, University of Chicago. I was announced as a trustee of the charity in May 2014. 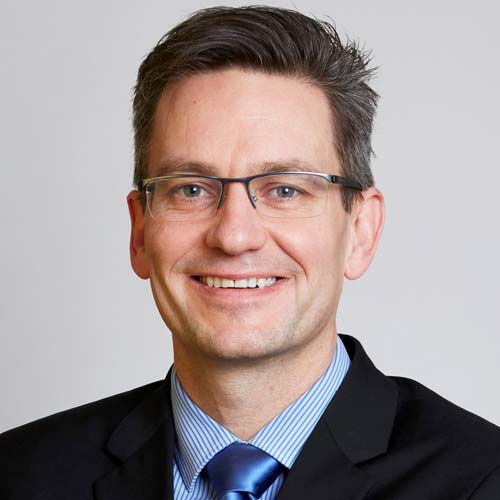 I am ACA qualified and hold a PhD in Biochemistry from Royal Holloway, London University. I am a senior executive with over 11 years’ experience working at board level in a variety of challenging, multi-national roles including finance, IT, business strategy, business development and audit and risk management.

I am currently the finance director for the technical services division of Mitie and have held previous roles as the group financial controller at Johnson Matthey and the CFO for GlaxoSmithKline’s (GSK) supply chain, responsible for over 70 sites, 30,000 people and a £6bn cost base, supporting £24bn sales.

I have worked with a number of charities over the last five years, firstly embedding a development programme at GSK with Arrival Education to work with students from challenging backgrounds looking to achieve their true potential. I also held a non-executive position with the Business Disability Forum and have been a co-opted member of Versus Arthritis’ Finance Committee since 2015, becoming trustee of the board and chair of the Finance Committee in March 2019. 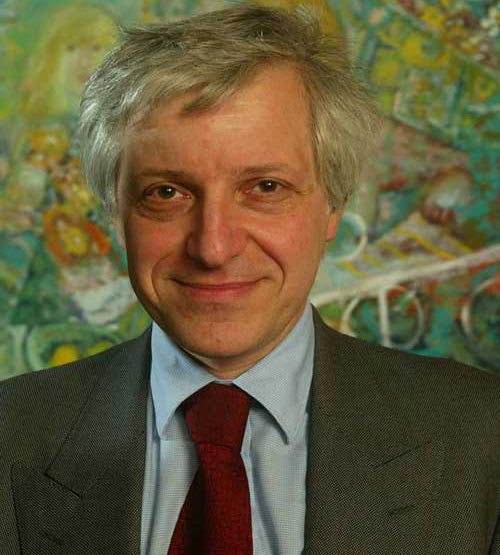 In 2002 I was appointed to be the founding dean of the new medical school that had been established in Brighton, stepping down from that role in 2013. I am past president of the International Society of Infectious Diseases, a non-executive director of Kings NHS Foundation Trust, and I chair the appeal panel for NICE.

I joined the charity in 2014 and was appointed chair of the Charitable Purposes Committee in 2019. 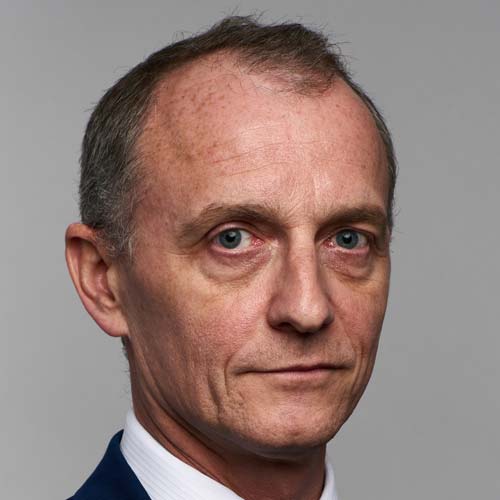 I obtained my PhD in physical chemistry at University Pierre et Marie Curie in Paris (France) before moving to financial services. I have worked in this sector for the last 23 years, in France and in the UK, in a variety of risk management and audit roles for HSBC, Natixis and Royal Bank of Scotland, and Credit Suisse.

With the systematic juvenile idiopathic arthritis (SJIA) diagnosis of one of my children and the desire to support efforts towards both research and young persons with arthritis, I joined Versus Arthritis at the end of 2019 as a trustee and chair of the Risk and Audit Committee.

I am an avid gym-goer and participate in multiple runs and Spartan races every year across the UK, with a keen interest in fell running and CrossFit.

Clare Reid - Trustee of the Board 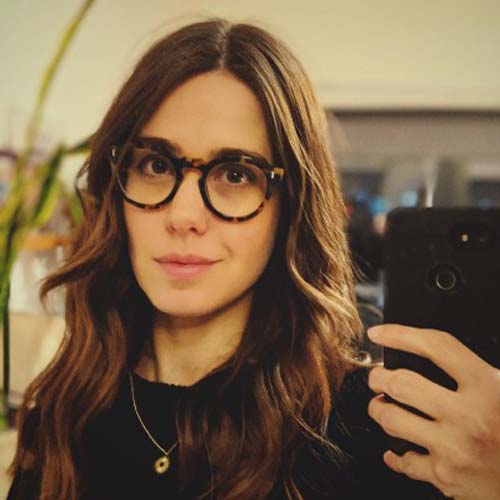 Having first worked in marketing for health charities such as Cancer Research UK, Parkinson’s UK and Sue Ryder, I moved into the hospitality sector in 2016. I now head up the regional marketing team at restaurant company Dishoom. I’ve worked on everything from advertising campaigns and experiential marketing, to editing patient information and launching restaurants!

Mostly, I busy myself with marketing strategy and planning these days.

I was diagnosed with juvenile idiopathic arthritis when I was 13. As an extremely sporty teenager, this was really difficult and I was very fortunate to have the support of the Arthritis Care young people and families service. Becoming too old to access the service at 18, I became a youth volunteer, and then a trustee in 2015. When the charities merged I moved over to the board of Versus Arthritis.

In my spare time, I love playing outdoors with my toddler and visiting the cafe my husband and I founded in 2013, Wood St Coffee.

Professor David Isenberg - Trustee of the Board 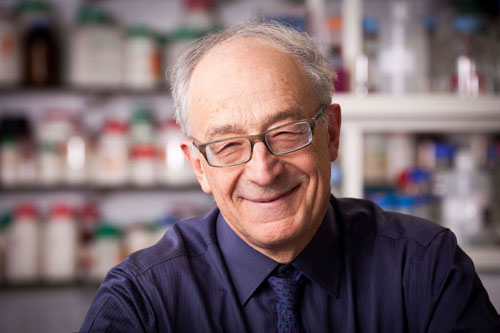 I have run the lupus clinic at University College Hospital for the past 25 years, run a general arthritis clinic for 35 years and have been elected to fellowships of both the Royal College of Physicians and the Academy of Medical Sciences. I became a Master of the American College of Rheumatology in 2016.

I joined the charity in 1987 undertaking numerous roles including Deputy Chairman of the Scientific Co-Ordinating committee, finally being asked to become a non executive member of the Board in 2013.

I have published around 600 original papers, 300 reviews and chapters and edited/ co-authored 20 books. My alter ego runs a 'rheumatology rock band' - Lupus Dave and The Davettes.

Juliette Scott - Trustee of the Board 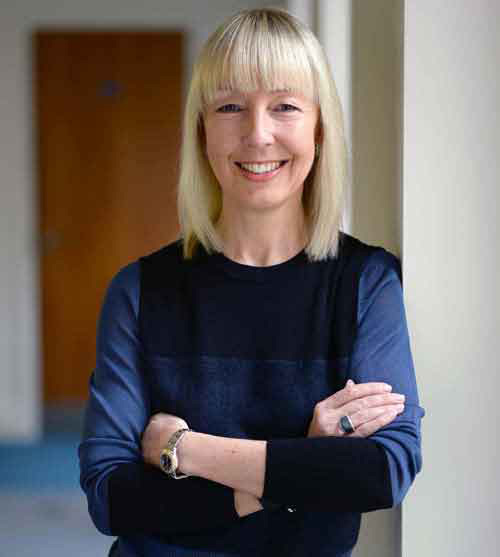 I spent the first half of my career in sales and marketing roles in media, retail and financial services. I then moved into the worlds of customer understanding, data and digital with senior global roles at dunnhumby (part of Tesco) and ebay including creating financially impactful insight capability and customer culture change in these digital pure play and multi-channel environments.

I am currently a non-executive director of HMRC plus an advisor on data, digital, and customer strategy.

Since I was a little girl, I saw the daily struggles and multiple neurosurgery operations my mum endured with rheumatoid arthritis. I was keen to give back in this area of passion - so was delighted to be announced as a trustee of the charity in April 2014.

Professor Martijn Steultjens - Trustee of the Board 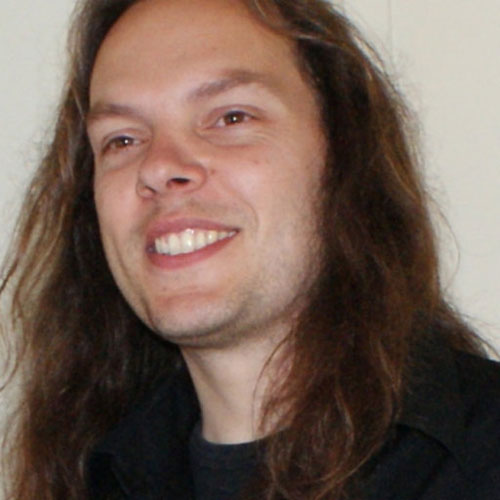 I am from the Netherlands, where I studied to become a human movement scientist specialising in biomechanics and epidemiology. I later completed a PhD on causes of pain and disability in osteoarthritis patients. I am currently chair in musculoskeletal health at Glasgow Caledonian University, leading research for long-term conditions, including musculoskeletal health.

I am closely involved with the Scottish Parliament’s cross-party work to improve health care for patients with chronic joint pain in Scotland. I have also authored many scientific publications about rheumatology, orthopaedics, and rehabilitation medicine.

I initially became a trustee of the Arthritis Care (now Versus Arthritis) board in 2016.

Outside of work, I enjoy cycling, camping trips with my family, and I’m a youth rugby coach.

Phil Gray - Trustee of the Board

I am chair and trustee of ARMA (Arthritis and Musculoskeletal Alliance). I was the chief executive of the Chartered Society of Physiotherapy (CSP), where I played a key leadership role in promoting the profession, raising its profile and influencing government, commissioners, civil servants, senior managers, patient and partner organisations. I am an honorary fellow of the CSP.

Sarah (Sallie) Lamb - Trustee of the Board 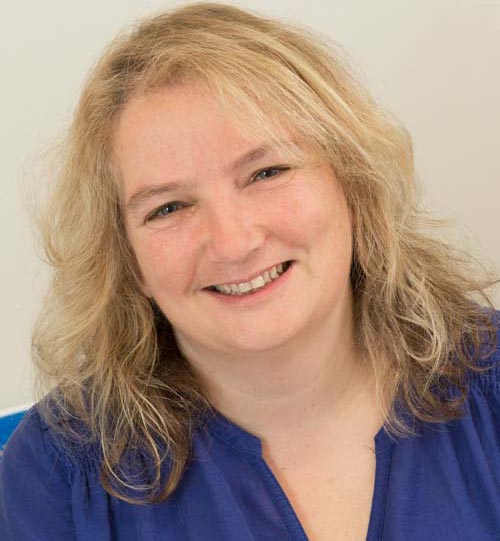 I am a health researcher, based at the University of Exeter, with an established programme of internationally recognised research in arthritis and skeletal problems and a longstanding commitment to high-quality clinical trials to improve patient outcomes and efficiency of health services.

I am a chartered physiotherapist and have worked in research and clinical practice in the NHS over many years.

I have worked extensively with health research funders, particularly in the public (governmental) sector. I was previously chair of the National Institute of Health Research Health Technology Assessment funding board and have had a variety of roles around the allocation, award, distribution, governance and monitoring of medical research funds. 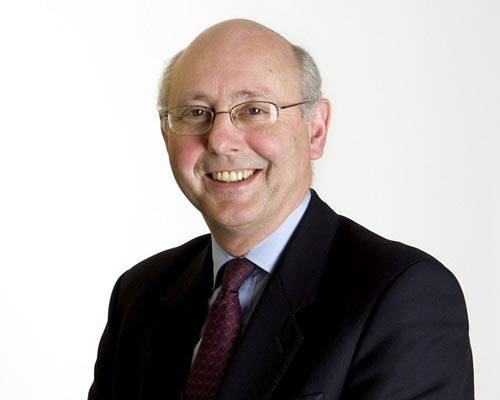 My entire career has been in investment management, initially at the stockbrokers Laurence Prust and Co where I was a partner. I moved to The Framlington Group in 1986 where I was the board member responsible for pension funds.

I spent my last 25 years in the industry at Rathbone Brothers plc, serving on the board for 17 years, with 10 years as Head of Investment Management. I retired in 2018 which has enabled me to take on a varied selection of part time roles. 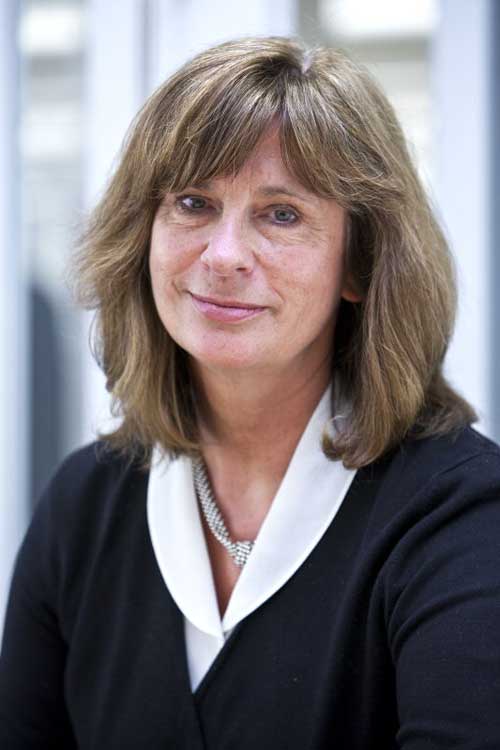 I originally trained as a nurse at The Royal London Hospital specialising in intensive care. I then completed a degree in psychology and, following a spell overseas, managed quality of life studies for patients with lung cancer at UCL and the Brompton.

I also acted as media representative for the charity on patient centred stories.

I then developed the first trial specific funding scheme for the charity which, to date, has funded over 400 clinical trials and, in this role, represented the charity on key national and international committees and working groups.

From 2015 to 2020 I was director of the Lister Institute, a charity providing fellowships to clinicians and scientists in all areas of biomedical research. During this time, I held a number of advisory/consultancy roles in the UK academic sector. 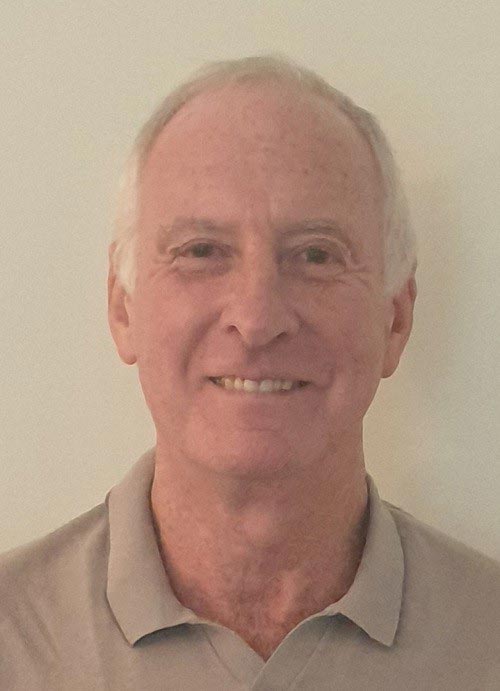 I retired in 2016 when I was dean of the business school at Edinburgh Napier University. Prior to that I was deputy dean and head of the School of Accounting, Financial Services and Law. My principal academic interests were in the areas of marketing and management within the financial services sector and my research focus centred on the ethics of marketing of financial products.

Prior to moving into higher education, I spent the first half of my career in banking, during which time I undertook a number of senior roles within the credit, legal and human resources areas of the business.

In addition to my work with Versus Arthritis, I am a member of the Board of Trustees of the ICAS Foundation, an educational charity which operates in conjunction with the Institute of Chartered Accountants of Scotland, and I am an academic assessor with the University of Hong Kong. 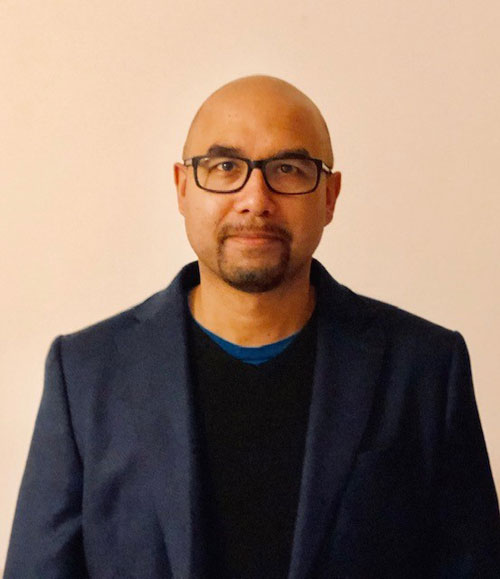 I am an experienced Head of Internal Audit, beginning my career in external audit in 2000 and moving to internal audit in 2007. I have strong expertise and links to the pharmaceutical and life sciences industry with over 12 years of experience across three large UK, US and Japanese listed companies.

I am also currently an exam author for the Institute of Internal Auditors (IIA) and a co-opted member of the Audit and Risk Committee at City, University of London.

I am the head of financial market and risk operations and a member of the executive leadership team at G Research, Europe’s leading quantitative finance research firm. I have held senior positions in asset management companies for the past 20 years and have experience of fund accounting, audit, internal controls, regulatory and financial reporting, risk, strategy and compliance.

I am an MBA graduate and hold an MSC in technology management.