Leah’s son, Alec, was diagnosed with juvenile idiopathic arthritis (JIA) when he was seven after being undiagnosed for years. He’s now 15, very active and is rarely in pain. Leah shares their story and how his life changed dramatically after he found the medication which worked for him and began to exercise regularly.

The moment I knew something actually wasn’t right

Alec was a slow starter when it came to crawling, walking, climbing and general toddler milestones. He didn’t crawl until he was about one, and didn’t walk until he was nearly two! But I was just told some children are late starters.

There were a few moments throughout his childhood when he wouldn’t walk anywhere, refused to move from the sofa and in general was quite grumpy. I did wonder why he wasn’t like his toddler friends.

The moment I thought something actually wasn’t right was when my daughter, who is two years younger than Alec, could walk down the stairs, and she overtook Alec who was having to come down one step at a time. He must have been about five at the time.

I genuinely had no idea children could get arthritis 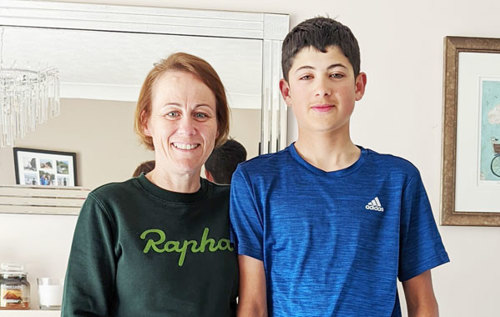 When Alec was finally diagnosed, I was in shock, I genuinely had no idea children could get arthritis. I was understandably worried to begin with, I kept thinking about how it would affect his whole life. To Alec, because he was so young, it didn’t really impact him.

Now we know he had JIA in so many joints and spent the early years of his life in constant pain. Yet we didn’t know and he didn’t know that wasn’t ‘normal’. When he was finally diagnosed at the age of seven his life changed for the better.

Suddenly he was a happy child, running everywhere

He had steroids and then began regular injections which calmed all the flares he was having in his joints. It was a complete transformation, suddenly he was a happy child, running everywhere, joining in with everything and so chatty!

He was so uncommunicative before and we think it’s because he was just in a cloud of pain. When I asked him, after about six weeks of being on the drugs, if he felt a difference, he said he could get out of bed now without his knees and ankles hurting.

He is happy to have his regular injections and knows that if he stops then either his uveitis will flare or his JIA could flare. He has been fortunate that he has only had a couple of flares in all the years he has had JIA now.

Family and friends have been supportive, and now we feel like the JIA is no longer such a big part of Alec. Although he does sometimes jest when I ask him to fetch me something because I’m being lazy and he says “send your arthritic son upstairs to fetch it!”.

The future is looking great, we are really fortunate that his condition is now being kept stable due to the drugs available to him. We did trial some time off the drugs, but unfortunately his uveitis flared within a few weeks, so he is back on the drugs and all is looking good so far. Alec’s more than happy to be on medication long term as it means he can continue to live a very good life.

He cycled 18,000 miles last year and regularly does 100 mile bike rides each weekend! 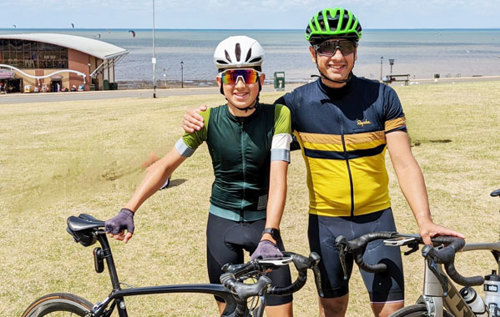 Alec cycles all the time, he cycled 18,000 miles last year and regularly does 100 mile bike rides each weekend! His consultant once said to him that cycling and swimming were the best forms of exercise for arthritis and he’s proved that alone with his cycling.

He’s amazing and I think having JIA has brought out the determination and resilience in him. I am in awe of him, he’s my Awesome Alec!

If you or a family member under the age of 25 has arthritis, we run a Young People and Families service that provides information and support and puts on a range of events across the country.

Our service helps young people and children offers advice on how to live well with arthritis, medication and potential treatments, as well as creating a safe space to ask questions, receive information and develop support networks.

Find out more about our Young People and Families service.

We’re here for you