A clinical trial funded by Versus Arthritis provided a new treatment option for uveitis and had a major impact on how young people with JIA receive care, reducing the risk of sight loss and improving their quality of life.

What problem where we trying to solve?

Juvenile idiopathic arthritis (JIA) is a painful inflammatory arthritis that affects 12,000 children and young people across the UK.

JIA can be difficult to control and can lead to additional health conditions, including eye inflammation (uveitis). When uveitis isn’t controlled, it can cause eye pain, redness and blurry vision. When severe, it can cause permanent blindness.

Some treatments – including steroids and methotrexate – can help, but they don’t work for everyone. Even with treatment, some people are still at risk of losing their sight.

At Versus Arthritis, we refuse to accept the impact that JIA and uveitis have on young people’s lives, and we want to ensure that they get the most effective treatment possible.

That’s why, in 2011, we funded the SYCAMORE study to find a better option.

What research did we fund, and what did it reveal?

The SYCAMORE study, which we funded jointly with the National Institute for Health Research (NIHR), sought to understand whether a drug called adalimumab, taken alongside methotrexate, could help children with JIA and uveitis.

Adalimumab is a biological therapy – a type of treatment made from proteins or other substances produced by the body. It binds to a protein in the body called tumour necrosis factor (TNF), which causes inflammation. By binding to TNF, adalimumab stops inflammation and relieves symptoms of arthritis and uveitis.

How does anti-TNF work?

Healthcare professionals have used adalimumab to treat adults with inflammatory conditions for decades, but there was less evidence to show whether it could help young people. SYCAMORE – conducted by Professors Athimalaipet Ramanan and Michael Beresford at the University Hospitals Bristol NHS Foundation Trust – sought to find out whether it could help children, too.

In the study, doctors gave young people who were already taking methotrexate additional treatment with adalimumab. Then, they monitored these children for 18 months. Importantly, the team designed the trial to allow children whose symptoms did not improve to stop and to move on to different treatments.

The trial was a major success. SYCAMORE showed that adalimumab in combination with methotrexate is effective at controlling uveitis in children with JIA and helps prevent vision loss. In fact, the early results were so promising that the study’s independent committee took the rare step of stopping the trial early so that all trial participants could be offered this treatment and benefit from its success. 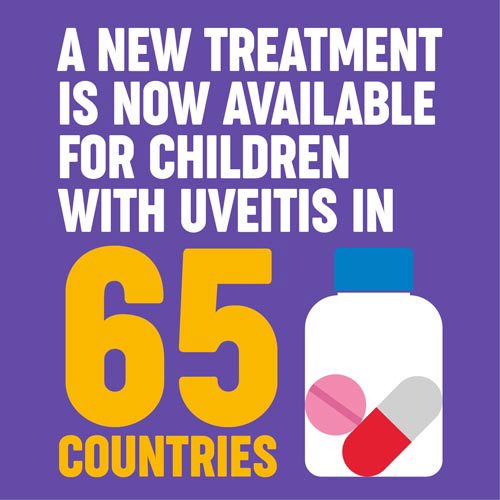 As a result of the evidence from SYCAMORE, health authorities updated policies in England to make sure every young person with JIA and uveitis has access to adalimumab and methotrexate, meaning that less children are at risk of losing their sight. This treatment is now available in 65 other countries worldwide.

The trial design has also shaped way that researchers conduct studies. Other researchers have since followed Profs Ramanan and Beresford’s lead in designing trials that allow people to move to other treatments quickly if symptoms don’t improve.

Recruiting the number of patients required to answer the research question is often a challenge, particularly in conditions such as JIA where the number of patients is small. We were aware of the importance of this work, and therefore when recruitment was struggling and it looked like the study would not be able to carry on, Versus Arthritis took action and worked closely with the research team to adapt the recruitment process and improve communication between ophthalmology and rheumatology departments, ensuring that the study could continue.

SYCAMORE also led to other important improvements in how young people receive care – recent years have seen more rheumatology and ophthalmology services being located in the same clinic, so children can see their health team in the same place. 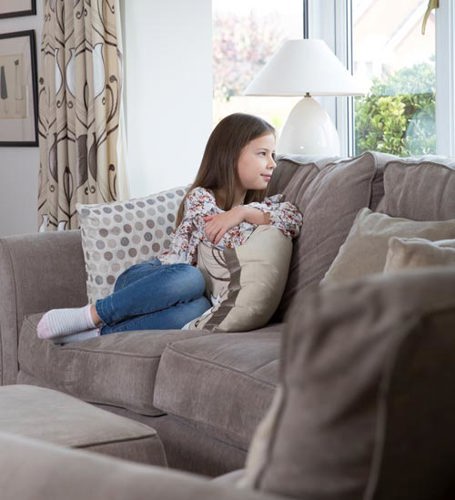 Many children and young people treated with adalimumab and methotrexate have been able to live fuller lives and experience fewer symptoms. And behind the trial’s success are young people who volunteered to take part. One of those young people is Lily, who was diagnosed with JIA when she was just three years old.

Lily’s JIA meant that her joints were too sore and swollen for her to walk to school with her friends, and daily tasks were painful and difficult.

She also had uveitis, and despite her doctors’ best efforts, available treatments weren’t working well enough. According to Lily’s mum, Jane, the family was losing hope – Lily’s options were running out, and she was at risk of permanent damage to her vision.

Then, when Lily was five years old, she enrolled in the SYCAMORE study, which Jane characterised as Lily’s last hope. Allowing her daughter to receive a drug therapy that had not yet been proven to work was a difficult decision, but Jane understood that it was Lily’s best chance. Happily, Lily, like so many of the children who took part in SYCAMORE, responded well to treatment. And since the trial concluded, the treatment combination has allowed her to thrive with her condition.

Lily’s days are now filled with dancing, gymnastics, spending time with family, and living a normal, happy and active life. And according to Jane, Lily’s life is so busy with all of the activities that her treatment has made possible that she ‘doesn’t have time for arthritis’ any longer.