"I'm a musician with psoriatic arthritis – here's what I’ve learnt." 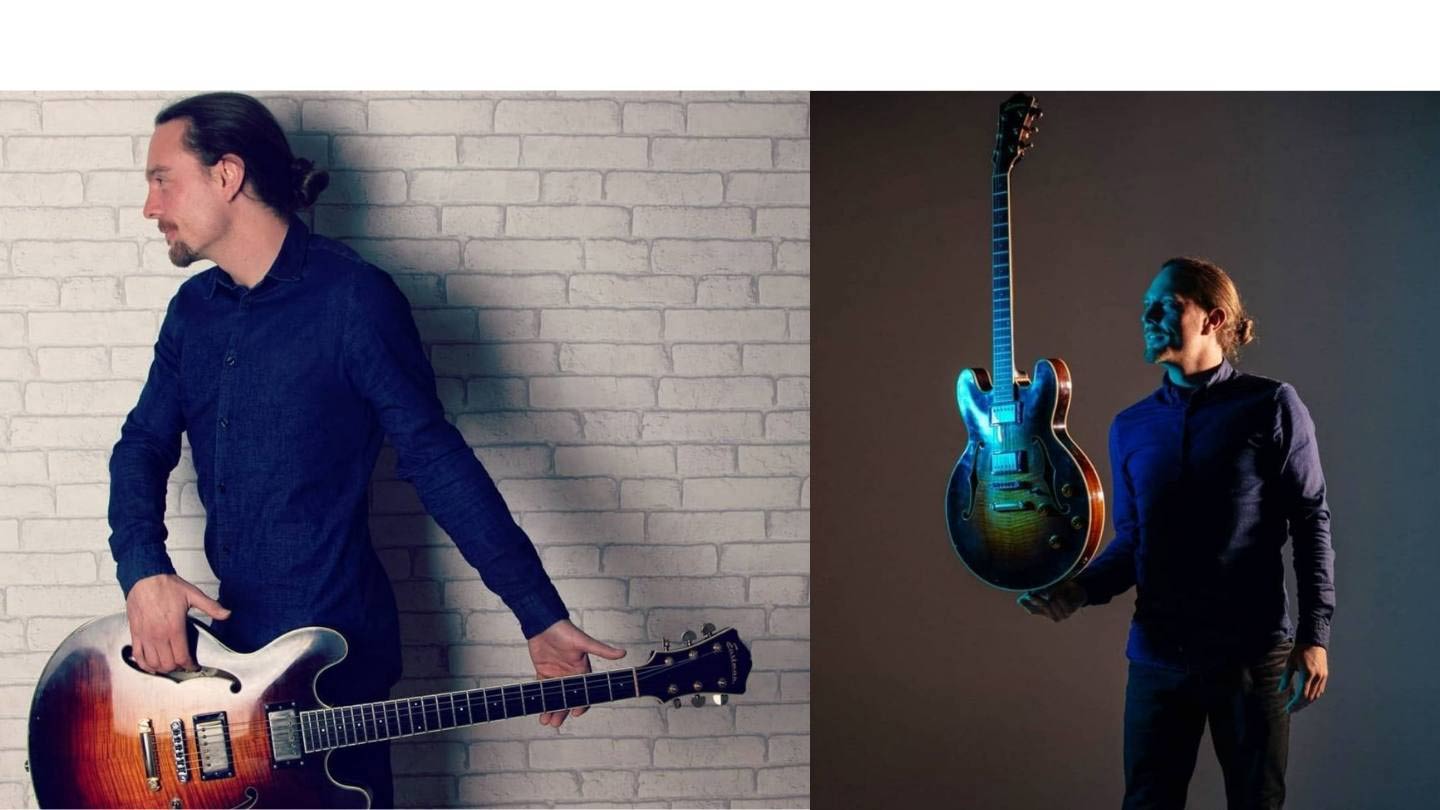 When Ben, 37, was diagnosed with psoriatic arthritis, he was devastated and wondered how it would impact his future as a musician. Today, he still sees music as a sanctuary and has found that acceptance is key to pursuing his passions. Read his story:

I had pain for quite a while before I got diagnosed, I’ve always had inflammation in my knees and fingers from football and guitar. At some point this started becoming debilitating. I was going to the doctor for a few years. My psoriasis has never been that bad, I had dry skin on my face and would normally get it in winter but I just thought I had bad skin. The GP eventually referred to rheumatology in Glasgow.

I was struggling to walk and bend my leg. It would happen for one week in a month. When it became more frequent, in my fingers especially and on my left hand I started getting worried. After doing research I noticed my nails were getting rigid too.

It affected my work and social life. When you’re in pain and fatigued, you don’t want to go out. Having energy for other people when you have none for yourself is a challenge. When you’re teaching and performing you have to give all of your focus and energy but you’re destroyed afterwards.

“It was a grieving process for about a year and a half.”

I was devastated when I was diagnosed, it was upsetting, and I didn’t know what it meant for the future. Am I going to have to find a new career? Can I still play guitar? It was hard talking to people about it because it’s not visible.

I started telling friends and family and they were supportive. Others recognise that if I’m playing with a band my face changes when I’m in pain. They have empathy - but if you don’t experience it, you can’t fully understand it; it’s a lonely situation. I describe it as much as possible to people who I’m close with. It’s a relief because you no longer feel like you’re trying to be the same person you were.

I play with a singer in a band and she’s had arthritis since she was 21. It helps even if you only know one person who understands what you’re going through.

I’ve always had injuries with my hand and wrist, so I’m used to obstacles. But being stubborn has kept me going as a musician. Music is a form of expression and I channel my emotions into guitar. I would struggle to find something else to do this with.

“I think acceptance is the key to all things.”

Changing my medication made a huge difference. I was on methotrexate injections every week and had blood tests every week. I felt extremely lethargic and only had a couple of good days a week.

I started researching into foods that were anti-inflammatory. Now I’ve realised that cutting out junk food and sugar helps me. I lost a lot of weight through some diets I tried, that demonstrates the extremes you’ll go through to try and get some relief.

I don’t take much medication, but I do take co-codamol and get a steroid injection from my nurse when I have a bad flare. I take cold showers every morning, which help my mental state. It gets you out of your comfort zone, gives you adrenaline and it’s something you feel in control of.

I think acceptance is the key to all things. It keeps stress down, keeps me level-headed and helps me mentally manage my pain. When I was newly diagnosed, I’d have an injection every three or four months.

I can’t lift weights anymore but during the pandemic I got into gymnastics and calisthenics as well as kayak fishing, and a bit of football.

Natural movement that doesn’t involve too much strength like kayaking has been really good as I’m out on the sea and in nature. If you can stay in the ‘zone’ and have that connection to the outside world, you kind of feel like you’re meditating.

Generally, men don’t talk about these things, and it comes out in other ways, like being grumpy. My mental wellbeing has always been quite reliant on my physical wellbeing.

I feel better when I’m in shape and feel functional. It was huge to come to terms with, I felt like an old man. With a girlfriend I always felt like I wasn’t enough of a man, which was obviously in my head.

“Lots of times I felt like giving up, but I had an affirmation and said ‘I’m not going to’.”

When I was diagnosed, I decided to do a master’s degree in Jazz Performance at the Royal Conservatoire of Music in Scotland, which enabled me to focus on the mental aspects of music. I was considering teaching to add some security and make a living.

Once I decided to do that, I went back and forth between continuing and completely giving up. Studying, working full time as a musician, and taking medication is exhausting. But you don’t have to give up the things you love because of your condition.

I want people who are newly diagnosed to know, it does get better. I’ve been in dark places, but you can’t give into it. Once you come out of a flare, you’re going to be more resilient. Take one day or even one hour at a time and stay present.

We’re here whenever you need us.